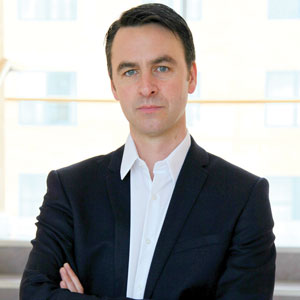 Paul Glynn, CEO
Everyone knows the story of Titanic’s tragic accident during its maiden voyage. The captain’s wrong judgment on the exact depth of the iceberg cost the ‘unsinkable’ ship its lifetime defeat and a death toll of more than 2,000 passengers. If observed closely, the reason behind many of today’s failing IoT projects seems quite similar to the events that led to Titanic’s unfortunate sinking. Much like the captain of the ship, today’s CIOs have an incomplete view of IoT—evaluating its potential based only on the tip of the technological iceberg— and fail to comprehend the underlying layers of the disruptive technology. Not having the right resources to explore the intricate details of IoT, CIOs invest their resources only in rudimentary levels. Those IoT applications mainly concentrate on collecting performance and environmental data from sensors, and performing basic analyses in a network close to the devices. However, this approach fails to take any real advantage of the robust IoT technology, thereby offering very little return on investment. Evidently, producing no astounding outcome, in due time, the IoT project sinks. At this juncture, a California-based startup, Davra, brings a brand new gust of innovation to unlock the greater potential of IoT in the present business landscape. Davra—in conjunction with Cisco and Intel—has built an end-to-end, cloud-based IoT platform, which offers more sophisticated data analysis techniques using deep learning and artificial intelligence to orchestrate IoT networks that are more resilient, secure, and mission-critical to solve umpteen business problems.

“We see a huge opportunity and a market to purpose the data that comes from the edge of the IoT network. People think IoT is just gleaning data from sensors; rather, it is more about making true sense of the data. And, while the process might seem easy on the surface, it happens to be an extremely difficult and expensive proposition for most companies,” says Paul Glynn, CEO of Davra. The major reason for this setback is because IoT data is not being used to its fullest potential. For example, if an oil rig has 30,000 sensors, more often than not, only one percent of the data is effectively examined. The information is used mostly to detect and control anomalies, and not for optimization and prediction, which could provide further value to the company. This is where Davra imprints its significance in the IoT world.

Moreover, IoT deployments in most of the companies are often siloed in nature. This further aggravates an IoT project’s failure risk. What Davra brings to the table is an all-inclusive platform that lets system integrators and companies define, build, and rapidly bring to market industrial grade IoT applications from a single reliable, secure, and scalable source. “Our IoT platform is recognized in the marketplace for its superiority in real-time monitoring and effortless data management,” says Glynn.

Another key aspect of Davra’s AEP that makes it so dynamic around IoT technology is its superior levels of interoperability. Of the total potential economic value that IoT enables, interoperability is required for 40 percent on average and nearly 60 percent in some settings. Davra contains over 500 integrations across enterprise applications, devices and gateways, cloud services, and ecosystem partner applications. “At the same time, clients also have the power to add new integrations to our platform with ease, using our custom microservices, web services APIs, and modeling and developer tools,” informs Glynn.

Since the establishment of the company in 2012, Davra has encountered numerous opportunities to build small IoT initiatives and cultivate them into more elaborate ones.

For instance, one of the earliest projects taken up by Davra was providing Cisco’s onboard Wi-Fi and live on-vehicle video streaming for school buses in Texas and Oklahoma. And because of the capabilities of Cisco routers, Davra’s IoT platform could build a solution capable of tracking all the information related to the operation of the vehicle and its location while providing fleet analytics. Making use of the valuable insights from the analyses, Davra was able to create alerts on its real-time dashboard, which aimed to report on unexpected or out-of-range events in the bus during its journey. “This project immediately turned into a huge success story for us, as the school buses became more secure and easy to monitor for both parents as well as educational institutions,” informs Glynn. Needless to say, the connected school transportation system brought huge monetary benefits for school bus fleet companies.

Davra’s path was similar in the city of San Diego as well. “We enabled an IoT project wherein we provided Wi-Fi on public transit and eventually ended up managing a wide range of data useful to a variety of audiences,” states Glynn. Davra helped build a smartphone application using which information about arrival times of the trains and buses were delivered to citizens seamlessly. Apart from that, the app could also trigger an announcement at a station if an upcoming train or bus is late. And, in case an event led to street traffic or any kind of commotion, the Wi-Fi system had the capability to route the concern to the nearest police precinct.

While public sector—smart cities and transportation—has been one of the crucial industries for Davra since its inception, another significant sector for the company that has gathered immense popularity in recent times is precision agriculture. Davra’s objective lies in integrating different factions of data (such as climate data) with cultivation data to make crop production more efficient and yield higher. In one case, Davra could improve palm oil production by incorporating information about rainfall along with other key environmental statistics. Making use of the combination data, the crop owners expanded the growth of palm trees in areas where the rainfall was more, and hence the production was more favorable. In another case, Davra implemented an IoT project, where they integrated additional sensors for a farming company to detect the areas of their crop field where snake repellent solutions were not effective. Davra’s IoT solutions helped the company track information about the operational performance of different farm equipment, and remotely troubleshoot in case any anomalies were detected.

Today, Davra’s comprehensive AEP has helped the company earn numerous accolades from its clients spread across countries. Glynn accredits the success of their intelligent platform to the company’s 45-strong team with undeterred zeal to bring revolutionary changes to the IoT landscape. He also believes that, today, IoT has become a critical element in the so-called “coherence economy,” which aims to provide comprehensive and seamless experiences to meet customers’ needs. “We think the future of IoT will be its ability to capture and integrate data,” he adds. Therefore, carving a roadmap for the company, the CEO aims to offer a new level of IoT experience to the business fraternity. 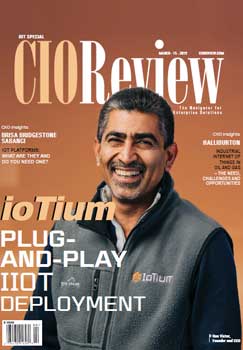