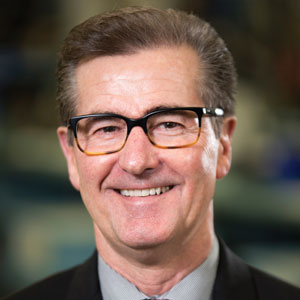 “Buildings and facilities across the U.S. are generally 15-30 percent inefficient,” says Richard Newberry, CEO of KMC Controls. “Although there are a lot of opportunities to make facilities smarter and automated, budget constraints and resistance to newer technologies prove to be challenging.”

KMC Controls stands in the midst of the increasingly apparent convergence of information and operational technology (IT & OT), bringing smart building and facility projects – historically on the operations side – under the purview of the CIO. The company recently partnered with Intel and Dell to strengthen its OT solutions with well-established IT standards. Built on the 5000 and 3000 series Dell Edge Gateways, with Intel Inside, KMC Commander is bolstered with leading security standards and implementations. KMC Commander utilizes BACnet, SNMP, and Modbus protocols, coupled with the Haystack tagging methodology, to discover, populate, and communicate with multiple devices within the facility. The devices stream critical data on energy usage and ambient conditions in realtime through KMC Commander, which publishes information on customized dashboards and cards. This data can also be exported to third-party software using KMC Controls’ documented API integration.

Increasing interest in IoT devices from an IT standpoint, coupled with higher availability in the number and types of sensors,has helped KMC Controls use relevant captured data to explore a wide range of opportunities in making facilities smarter and more energy efficient.

KMC Commander is only limited by imagination; there are always new ways to make facilities smarter and more energy efficient

With KMC Commander available on their smartphones, customers can obtain insights from their assets in the facilities and gain energy usage control at their fingertips from anywhere. They can create schedules for each silo within the facility,track and trend data in realtime, and setup notifications for different user profiles based on thresholds and events that can be pre-defined in the platform. While KMC Controls’ customers can establish and monitor various KPIs using KMC Commander, they can also create user accounts for occupants or employees, limiting access to just the necessary operations for that individual, essentially creating a collaborative approach in smart building automation.

KMC Controls is currently working with a large school system to gamify the energy efficiency drive in their 40 facilities. They will be deploying KMC Commander in all of the facilities to get students involved in learning different ways to save energy, competing to determine a ranking of which school contributes most to the initiative.

“KMC Commander is only limited by imagination; there are always new ways to make facilities smarter and more energy efficient,” he said. With KMC Controls bringing the IoT revolution to the concurrence of OT and IT, the building sector is on the verge of a new generation. 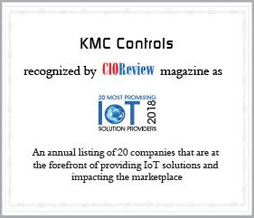 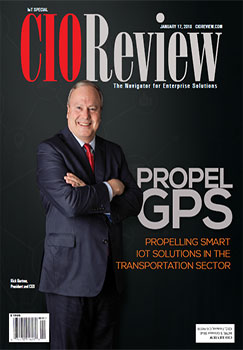