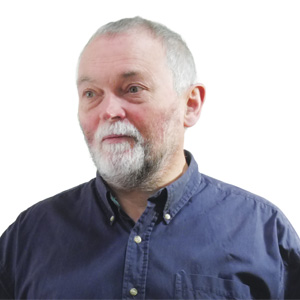 Jim Redman, President
Today, the proliferation of the IoT-based intelligent embeddable devices is providing greater choice of platforms for organizations to solve their operational challenges. However, IoT adoption can often be daunting for organizations due to security and integration challenges. This is where ErgoTech Systems comes in. ErgoTech enables companies to “embrace and extend” their existing technology infrastructure with IoT. “We guide an organization’s IoT implementation to improve productivity and avoid expensive processing mistakes while ensuring foolproof security of their current environment,” says Jim Redman, President, ErgoTech.

According to Redman, the current manufacturing and operations arena wants to integrate more intelligence, particularly machine learning, into the IoT environment. “Manufacturing problems that have traditionally been impractical to solve are increasing amenable to learning algorithms and the solutions are available on ever smaller systems,” says Redman. “We move from the general domain of machine learning to specific problem to address the challenges in the manufacturing arena.”

As ErgoTech strives to make technology adoption easy for clients to solve their challenges, it focuses on making complex systems accessible to end-users. “Our ability to support an increasing range of IoT protocols, REST, MQTT, and industrial protocols such as IEC61850 drives easy adoption of newer technologies,” says Redman. With the capability to support varied platforms, ErgoTech works with existing technology and standards while supporting these platforms to drive the capabilities and the intelligence into the existing infrastructure. “We support Windows, Linux, RTOs, Mobile, and other embedded platforms, providing direct connectivity from these to a wide range of industrial devices and PLCs.”

ErgoTech’s solutions have always been based around network-connected devices and web technologies. “We have customers who simply want to serve web pages from an industrial controller and also customers who want to apply intelligence to data streaming between complex semiconductor tools and middleware, MES, and database applications,” points out Redman. Catering to this demand is ErgoTech’s MIStudio—an open standards-based, platform-independent productivity solution—that helps organizations build real-time, web-enabled manufacturing intelligence and factory automation applications.

MIStudio allows separating the implementation of IoT solutions from the deployment and data gathering aspects. Applications built using MIStudio can be deployed in Intel Edision, Raspberry Pi, other IoT gateway, PLC, Android mobile, desktop or small server or to a large, redundant server in a datacenter. “While monolithic applications lack the performance agility, MIStudio provides the scalability, data manipulation, and deployment options to work seamlessly in varied conditions,” highlights Redman.

For instance, one of its clients has leveraged MIStudio to simply drag-and-drop the entire solution including graphics and serial communications and host it on a standalone Android tablet that an engineer can carry around.

“We are most proud of our involvement in the semiconductor industry and electronic assembly,” says Redman. “Our TransSECS tool working programmatically or with MIStudio is an unmatched toolset for rapidly delivering automation solutions to semiconductor fabs and equipment vendors.” The simple extensibility of the MIStudio and TransSECS tools facilitates integration of these solutions into the existing infrastructure, whether archaic MES systems running on VMS or modern REST servers.

ErogTech’s innovations deal with driving intelligence into smaller components that can be hosted anywhere, on cloud, or on the small devices depending on the user requirements. These innovations coupled with MIStudio’s capability to support web-standard HTML5 makes rich graphical displays available on all mobile platforms including Android and iOS. “Our goal is to drive the adoption of newer, open technologies that integrate seamlessly with legacy systems to overcome the operational challenges,” says Redman. 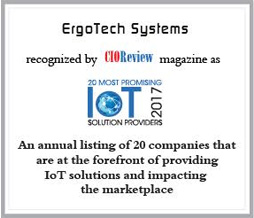