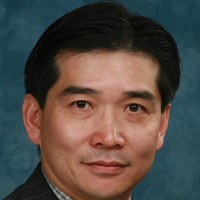 Jesse Shiah, CEO & Co-Founder
AgilePoint, a long-time leader in the iBPMS space, is now leading the way into application development for the IoT, which is characterized by billions of devices sensing, and transmitting data. “RFID (Radio Frequency Identification) is a major catalyst of the IoT,” states Jesse Shiah, CEO and co-founder of AgilePoint. “While machines have long been equipped with sensors, their functionalities have been restricted to the shop floor. They lived only in the systems they were designed to work with, but with the IoT, those devices and sensors are service-enabled, meaning, everything can now be connected remotely through the internet.”

Just as the number of devices connected through the Internet will increase exponentially, so also will the volume of data, Shiah believes that this additional data will be one of many factors related to the IoT that will place enormous stress on the traditional software development model:“The IoT will take us beyond mere connectivity, enabling us to become part of a living, moving, global nervous system, and the dynamic nature of this system requires a new paradigm for software development, one that will enable applications to self adapt to changing conditions.” This new paradigm is embodied in what AgilePoint calls its Responsive Application Platform (RAP).

AgilePoint’s RAP has three key characteristics: It is 100-percent SOA based; utilizes a metadata abstraction framework; and has a model-driven, process-based architecture. “Our unique approach,” states Shiah, “enables rapid application composition that is metadata and process-based. These applications are essentially XML, which is what drives RAP’s dynamic process composition engine.” RAP applications can receive continuous feedback from external events and devices, causing them to change their own metadata and to dynamically re-execute applications in real time. In other words, continues Shiah, “RAP enables you to build applications that are self-adaptive to changing conditions—essential for the IoT.”

AgilePoint has been enabling its customers to do superior tracking, logistics, and process-phase automation and optimization for many years. This broad domain experience makes AgilePoint’s RAP relevant in any number of industries. Shiah underscores one compelling healthcare application involving surgical theater operations:“In the past," points out Shiah, "when a patient was taken to an operating theater, a series of manual checks had to be done. But with the IoT, the process is more efficient and safe.”A governing RAPapp, working in concert with RFIDs and a variety of other devices, ensures that the different processes and steps have been completed properly. The RAP app makes this up-to-date information available to the surgical team. “This ability to dynamically adapt to data generated by a variety of devices,” reiterates Shiah, “makes RAP highly valuable in a diverse range of industries.”

Given the capabilities of RAP, Shiah believes the restrictions of rigid applications could soon be a thing of the past: “With RAP, one size doesn’t have to fit all. Responsive IoT applications can dynamically adapt in run time based on continuously changing criteria, yielding dramatic increases in operational efficiency. This adaptive capacity means that these applications meet the needs of individual users based on real-time data. Applications with a brain of their own are the future,” concludes Shiah, and he anticipates that AgilePoint will play a significant role in shaping this new trend.