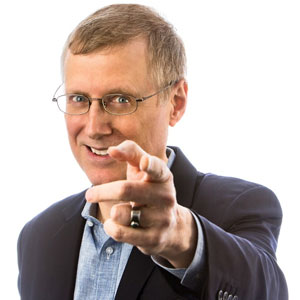 Terry Moore, CEO & Founder
MCCI is the “Big Daddy” of embedded USB software used in personal computers and portable devices. Over the years, it has delivered software for nearly one billion products to customers such as Intel, Apple, Microsoft, Ericsson and Sony, led by founder and CEO Terry Moore.

The recent buzz at the New York company is the emerging Internet of Things, or IoT. It has carried out some innovative deployments, and is also building hardware for a market estimated to be worth $6.2 trillion by Gartner. Years ago, when Moore was working on industrial systems, he recalls companies using GSM-based IoT for tracking assets such as construction trucks. But things are way different and better now. The “technology has come a long way and we can do a lot of new things at much lower prices,” says Moore.

According to Moore, the big challenge for CIOs trying to roll out IoT is this: How to enable domain experts to implement IoT systems, without having to get their hands dirty with wireless communications and other IoT minutiae.

MCCI’s path toward that goal hinges on use of a LoRaWAN, a low power wide area network with features that support low-cost, mobile, and secure bi-directional communication for IoT, and Arduino, an open-source electronic prototyping platform enabling users to create interactive electronic objects.

“Buy a gateway. It’s really that simple,” says Moore, who himself did just that to hook up with The Things Network, an open-source global IoT community established in Amsterdam that Moore calls the “Linux of IoT.” The community-owned public IoT network has grown from a pilot stage to having active groups in 384 communities and 83 countries in less than 18 months.

“Of course, commercial deployments are not that simple and you would certainly not plug into The Things Network and hope for the best. That is where MCCI comes in.”

“We offer end-to-end solutions and deployment. This is a business we know very well,” points out Moore. “In both IoT and USB, we take charge of the messy details so our customers can focus on core requirements. For USB, this improves competitive advantage; for IoT, this frees the imagination of the researcher.”

Moore cites a recent deployment on a solar-powered research farm. MCCI pieced together the hardware from commercial equipment available and built software architecture for data acquisition from four types of measurement sites. The company did the technical analysis, used Node-RED at the backend, InfluxDB for the database, and Grafana for dashboards, and delivered a complete system (nodes, gateway, software, dashboard) in less than sixty days.

“We let the researchers focus on what they know best to define the data they want, while we built the whole thing up,” notes Moore.

This year, MCCI is focusing on IoT, given its huge market potential and MCCI’s inherent strengths in the technology. It is designing hardware and kits, and eyes deployments in Asia, notably East Asia, and the U.S. “IoT requires a different approach than OEM software embedded in products,” Moore notes. USB is primarily a closed-source market, but for IoT, the company is embracing open source and publishing its code and designs on Github.

MCCI is not abandoning the USB OEM software market. The newUSB-C™ connector, which can be used for high-powered chargers, up to 100W, has numerous software-defined features including authentication. The resulting complexity gives MCCI additional ways to help customers add value. 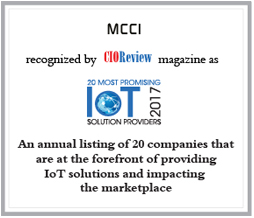