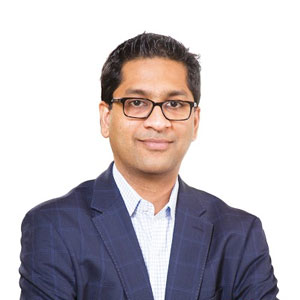 Paddy Srinivasan, General Manager
The concept of connectivity has come a long way from being a mere code to communicate over a distance of 1,200 meters in the 19th Century to creating a world where the number of connected devices is more than the global human population. Today, the dexterous technology— Internet of Things (IoT)—is allowing seamless communication between businesses and their consumers to build contextual intelligence by collecting heaps of data and analyzing it. However, most companies are still lacking in domain expertise to harness the full potential of IoT. “Companies are still in an exploration phase of IoT trying to understand the need to connect the products, to utilize the garnered data in a secured environment,” begins Ryan Lester, Director of IoT strategy, LogMeIn. Nestled in Boston, Xively by LogMeIn, supports the trending IoT and its fragmented market by assisting companies to approach IoT faster by simplifying the creation, deployment, and management of connected products.

Before IoT got its prominence, two technology entrepreneurs co-founded LogMeIn on the belief that ‘Connectivity Increases Possibilities’. LogMeIn’s history of connectivity, technology, and domain expertise was brought together to embark on a new product group— Xively. Xively offers a Connected Product Management (CPM) platform that takes a model first approach with IoT where clients can define their devices, their users and the relationship between the two creating new value for both the business and the end customer. Driven by the idea that connected products have a voice and can converse with each other, a CPM platform like Xively gives meaning to what they are saying. The platform has been designed as a confluence of things, people, data and processes. “Xively captures product data and turns it into actionable insights to create better customer value,” explains Lester.

The Xively team tackles the nascent trends of supporting and managing remote devices with its award-wining IoT platform built on LogMeIn’s history of connectivity and device management at scale. As IoT technology is making inroads into every aspect of daily life, the down side of it has ushered a specter of security attack vectors.

Apropos of this major concern, Xively’s IoT platform encrypts the information and secures every piece of data, device and the communication between the devices and the Xively cloud. The need for robust security is also met with the firm’s purpose-built identity management solution that manages end users of IoT devices.

Xively follows a discovery process to understand client’s goals for connecting their devices, and the data to be captured to glean important business insights. The firm’s engagement with Pennsylvania based Lutron, provider of energy saving and wireless lighting, assisted the client to bring affordable IoT connected home experience to every consumer with remote connectivity of its Caséta Wireless from a smartphone app. They leveraged Xively IoT platform for Connectivity, IoT specific workflow, identity management and Salesforce integration that resulted in reduced response time and low latency. “We also helped them to integrate with third party ecosystems and have real-time view of their connected business,” adds Paddy Srinivasan, GM & VP, Xively IoT, LogMeIn. 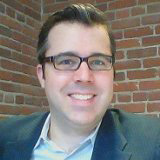 Ryan Lester, Director of IoT strategy
As IoT is knitting businesses with consumers more closely than ever, Xively is forging ahead in this landscape by highlighting the perils of taking up the challenge of IoT without a technology partner. In the days to come, “We envision being a trusted partner of our customers to vastly reduce the risk associated with running a connected product business,” concludes Srinivasan. 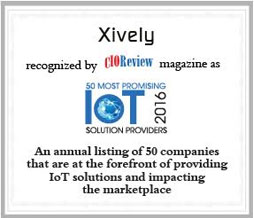 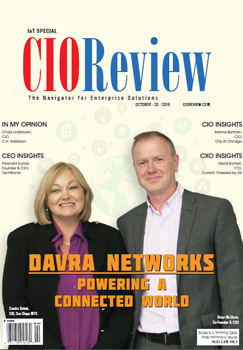