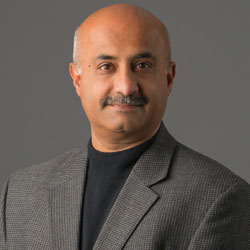 Vikram Mehta, President and CEO
The Internet of Things (IoT) today, stands at a juncture where it has evolved from being a futuristic idea to an everyday buzzword. Along with the revolution it stirs in the technology space, the IoT is also fettered with certain challenges. “IoT falls short when it comes to scale, latency, reliability, security and KAAZING’s Gateway platform provides compelling solutions that address such challenges,” expounds Vikram Mehta, President and CEO at KAAZING. The company is focused specifically on solving the communication/transport challenges in the IoT market, enabling enterprises to connect to customers, suppliers, and machines in real-time, reliably, securely, and at an unprecedented scale.

According to Mehta, the current IoT market mainly revolves around the idea of connecting Operational Technology (OT) with Information Technology (IT). “Businesses are keen on this fusion of technology as it results in smarter business decisions, and this is where our platform becomes a bridge that connects an enterprises’ OT and IT systems,” explains Mehta. While the worlds of OT and IT have always operated as two distinct universes, enterprises are now beginning to understand the benefits that would result from connecting these two worlds. The market is still considered at its infancy and KAAZING aims at targeting industries where there is a large amount of OT and a considerable reliance on IT systems to run the business; which would include sectors like financial services, transportation and logistics, media entertainment, healthcare, retail, heavy industry and infrastructure services in cities.

Picking an example from the transportation sector, one of Europe’s largest railroad networks relies on KAAZING’s Gateway, (which is a software based web communications platform), to eliminate thousands of unplanned train stoppages in a day. In this case, the problem lay in the stoppages as they resulted in millions of Euros in wasted electric energy. As a solution, KAAZING’s platform enabled the connection/bridging of OT and IT, resulting in energy conservation by having trains speed up or slow down as opposed to complete stoppage.
In another case, for a popular sports franchise, KAAZING enables hundreds of thousands of fans across dozens of countries to experience a live sporting event on their mobile devices – an experience that outperforms broadcast television.

While the worlds of OT and IT have always operated as two distinct universes, enterprises are now beginning to understand the benefits that would result from connecting these two worlds

KAAZING’s platform also plays a crucial role in capital markets, where information is delivered in real-time, as opposed to being delayed for hours, days, or weeks. Today, settlements in capital markets around the world are a batch process fraught with errors. KAAZING’s platform makes it possible to settle transactions reliably, accurately, and instantaneously instead of taking days. “Our platform creates the possibility for transactions to be settled more accurately and expeditiously in the financial sector, so that money can be put to productive work elsewhere,” explains Mehta.

According to Mehta, organizations that are thinking about connecting their OT and IT really have a lot to absorb and learn. “Educating people on the issues associated with integrating Operational Technology and Information Technology and sharing best practices on how best to accomplish this is challenging. This challenge will continue to be prevalent for the foreseeable future till this industry matures and there is a good understanding of what it takes to integrate OT and IT. KAAZING’s emphasis is on educating enterprises on the benefits and best practices.