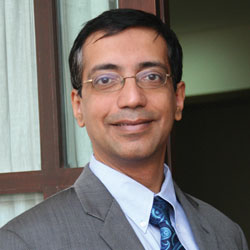 Sameer Joshi, CEO
In the last five years, it has become obvious that the future of business lies in systems and technologies that are inter-connected and are able to communicate with each other. The trend was started with the ascent of RFID integration platforms driven by the increasing popularity of RFID based systems. Today, as technologies and solutions such as databases, big data storage and analytics have evolved, numerous firms have started expressing their interest in IoT related projects. One such firm that has taken over there into channelize IoT towards the betterment of how technology is used in the society is the India based information technology company, Indicus Software.

Indicus Software has been striving in M2M or IoT space since eight years to become a well-established player in the evolution of technology. This experience enabled the company to release their product – ContineoNX - that has evolved over several years through the development of middleware for real time systems and designing and implementing solutions for a wide array of application scenarios. ContineoNX allowed Indicus to develop IoT applications rapidly using their proven code generation technology, connect different types of devices with ease and deliver solutions that are reliable, efficient, highly scalable and make business sense in a highly cost conscious environment. To further extend their capabilities, Indicus Software has established several partnerships in Japan as well as the Middle East with some of the leading names in the world of IoT.

The company has also delivered some outstanding solutions such as theVehicle Control, an Advanced Driving Assistance System. This system simulates an autonomous driving scenario where the user reserves a vehicle for a particular journey. The system collects vehicle information such as position, fuel level, and tire pressure from the in-vehicle device using OBDII interface and guides the vehicle throughout the reservation lifecycle including allocation, check-in, check-out, refueling and parking.
Getting Ready for Tomorrow

The company is looking forward to focus on smart cities, environment and energy sectors. Smart city initiatives are taking place in many parts of the world.

Indicus is discussing the needs and possible solutions in the areas like street light management, environment monitoring and disaster warning with prospective customers and partners. Energy is also a key focus area for Indicus for very important reasons. “There is no doubt whatsoever that reliable and renewable energy is becoming the most important need of the future and to deliver energy efficiency, the managing systems have to be designed and developed differently,” explains Sameer Joshi, CEO at Indicus Software. “We have been engaged in discussions related to the management of renewable energy in both Japan and the Middle East.” Companies like Indicus will play a key role in bringing about the critical changes in IoT and being an early entrant in this domain will empower it to evolve into a global leader in the IoT market.