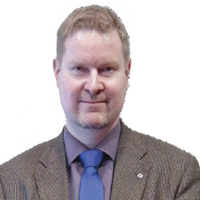 Pasi Hurri, President & CEO
It is indeed a time where everyone is astonished with the unprecedented rise in the eminence of the technology and amount of data being processed on a daily basis in enterprises. The playing field is becoming diverse in a large scale and companies and organizations are building their own tools and resources to reach new technologies, such as the Internet of Things (IoT). There is an urgent need to manage the heap of generated information along with the evolving algorithms that constitute a new programmable world paradigm. One such company, known for its Spime proficiency and colossal data handling competence is BaseN from Finland. For the past 13 years, BaseN has been thriving on its fully owned, organic computing platform, which enables adding and removing components on the fly. This platform was originally developed for very large-scale network management and is now applied to a multitude of Industrial Internet and IoT solutions.

Being a Spime farm, BaseN has been the vanguard for the creation of digital devices and services that go beyond IoT. The latter is just a layout of the network, which is incomplete without Spime – the digital brain combining meaningful algorithms into complex, evolving programs necessary to fuel the IoT.

The Differentiators
In the current business world filled with numerous companies and unprecedented competition, BaseN has successfully created an eminent image of itself with the set of differentiators and unique line of solutions. “We can offer competitive pricing for a billion data points sending us data, also we are technologically scalable since we can add components to the system when it is fully up and running all the time,” explains Pasi Hurri, President and CEO at BaseN.
He further adds, “We were a little ahead of our time 13 years ago when we created our cloud based architecture. We have our fully own database, computing engines and all supporting infrastructure, allowing us to control the whole ecosystem of digital services what comes to our platform.”

We can offer competitive pricing for a billion data points sending us data, also we are technologically scalable since we can add components to the system when it is fully up and running all the time

BaseN the Spime Company covers services such as managing industrial devices like solar inverters or any other devices generating continuous flows of actionable data. This avalanche of data is processed in real time by Spimes and proffered across geographical maps with evolutionary algorithmic control capabilities based on any data source.

The Next Steps
BaseN is powered by its 14 data centers catering the company’s clients in Europe, Asia, U.S., and Australia. The company is now preparing itself to further expand its data centers to 25 by next July to serve new customers.This Spime maestro is also working with Healthcare providers to cater people in addition to machines. The next big step for BaseN is also to add a couple of car manufacturers to the Spime roster, transforming them into Connected Car providers.