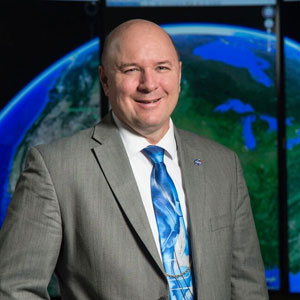 People don’t realize that some of the work they are doing in the world of the Internet of Things (IoT) could easily make it into space. In some cases, it’ll be out there forever. A Sub-Orbital Aerodynamic Re-entry Experiments (SOAREX-8) sounding rocket was launched in July 2015 and another is planned in the near future to test braking in a thin atmosphere. The SOAREX missions are meant as a ‘wind-tunnel in the sky’ and a means of conducting rapid and inexpensive sub-orbital re-entry experiments in support of probe design, flight dynamics, control system development, and instrument and sensor verification. At the same time they also tested the streaming of sensor data to IP-based servers, and a new authentication mechanism to enable IoT devices the capability to be associated with a specific user. Repurposing the wireless sensor networks for space missions and security for IoT devices is a very economical use for IoT technology designed for more earthbound endeavors. The upcoming TechEdSat-5 nano-satellite mission will further this effort. The National Aeronautics and Space Agency (NASA) has set up an IoT Lab at Johnson Space Center (JSC) with virtual labs at Ames Research Center (ARC) (home of the SOAREX-8 and TechEdSat-5 missions), Goddard Space Flight Center (GSFC), Armstrong Flight Research Center (AFRC), Kennedy Space Center (KSC), the Jet Propulsion Laboratory (JPL), the White Sands Test Facility (WSTF), Johnson Space Center (JSC), and Headquarters. The lab was one of the first ones formed in the Federal Government and recently completed Phase 1 which encompassed an IoT White Paper documenting the search for an IoT platform, and gather dataon the 20 selected devices. And to:

“Our IoT lab is setup on a dedicated network where people can connect a device to that network, work with a device, and then visualize any data that is created.”

Four subteams were created to delve further into areas of immediate interest:

Security—to see the inner security workings of the devices

Protocols and monitoring—catalog the different protocols being used

Data analytics—find ways to turn the data into useable information

Phase II is a deeper exploration of:

Challenges Over The Past 18 Months

Security Architecture In Theory And In Practice: Why Security Should...

How Wi-Fi 6 Will Seamlessly Integrate With 5g