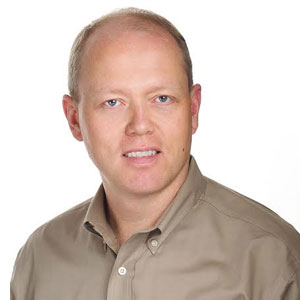 The Industrial Internet of Things (IIoT) promises to provide levels of interconnection and transparency never before conceived in the enterprise. Individual devices will be communicating with each other to collectively improve overall system performance. Cloud and machine learning will be employed to autonomously optimize services around this newfound data. These systems will rapidly evolve from siloed cloud connected services to a vast web of interconnected and interacting devices with complex management and security challenges.

CIO engagement in the early stages of IIoT is critical

The motivations of user groups within an organization or business and IIoT vendors to move quickly to realize operational savings may misalign with the long term objectives of the organization’s CIO resulting in a complex set of dependencies that must be undone. This is why CIO engagement in the early stages of IIoT is critical.

Often, vendors are initially motivated to connect previously unconnected systems to gain efficiency and improvements in maintenance and monitoring. These vendors are seeking to identify early signs of failure and proactively dispatch repairs before downtime occurs and in the process turning their one time product sale into an ongoing revenue stream, which creates a long-term relationship with the customer.

IIoT systems have typically been connected through well established and supported standards based protocols like SCADA or BacNET. Contemporary IIoT solutions are often being connected with mesh networks and cellular backhaul specifically to avoid having to bring the CIO or CSO into the deal. Some vendors and the stakeholders of their business customers unfortunately see the CIO or CSO as a barrier and delay to the sales process, which can readily be bypassed with the right technology choices.  However, connecting items via mesh networks such as Zigbee, Bluetooth or proprietary versions of 802.15.4 and cellular backhaul substantially limits the future potential uses of these sensors.

Recognize the Tradeoffs of Mesh Networks

Mesh networks were initially designed for very long reach or battery powered applications where nodes could not afford the power of broadcasting to a gateway and would need to come and go from the network to preserve battery life. They work well in that scenario, but sacrifice bandwidth, standards based security and continuous connectivity.

Plan on Bandwidth for Expansion

Bandwidths of a few 100Kb/s to a few Mb/s have been advertised with mesh networks, but usable bandwidths are often 10x lower due to mesh networking overhead. This bandwidth drop-off limits the available sensor data, and thus the scope intended by the vendor at the time of the IIoT solution deployment. Imagine a vibration sensor generating 10Kb/s of data on a shared mesh network with 100 similar sensors. However, because of the mesh network bandwidth overhead, much of that data stream is forever trapped on the device–the only thing that can come off the sensor is a trouble notification. This eliminates the future uses of raw data without a forklift upgrade of the network.

Mesh networks have heavily promoted the interoperability benefits of common protocols such as Zigbee HA or Bluetooth Mesh. Unfortunately, vendors often eschew exclusive use of these common protocols in favor of supporting proprietary commands or data sets ontop of common IoT architecture making interoperability at any point other than their cloud impossible and ultimately management becomes unique to each vendor or gateway combination.

Is Security through Standards or Obscurity

Mesh security is highly vendor dependent and often achieved primarily by obscurity rather than through proven standards. Zigbee HA for example does an open-air key exchange during commissioning that can be readily sniffed and used from outside the walls of the building.

Early involvement of the CIO and planning with the vendor will alleviate many troublesome and costly downstream problems. Engaged CIOs that take the time to define the objectives of the entire system, its interoperability requirements and develop a vision of how the pieces will work together, can avoid deploying a solution of disparate systems. Preparing for this requires that the CIO proactively researches and engages their business partners and define the best practices for IIoT enablement to ensure systems are manageable, secure and scalable.

Those best practices should anticipate that the future value of the data being collected will eclipse the immediate use and the infrastructure must have the headroom to support unanticipated use cases. The alternative to early CIO involvement is the time-consuming and costly reconciliation and forklift upgrading of the many disparate systems that business groups have acquired five to 10 years from now, once the IIoT is clearly inside the CIO’s mandate.

Ensuring Diligence In The Technology Era

Unlocking The Power Of Your Asset’s Data

Enterprise Agility In The Face Of Rising Cyber Threats

Digitalizing Energy Asset Management– Not A Walk In The Park