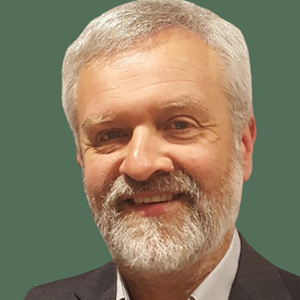 On the IoT device’s side the Arduino open-source hardware and software project, which created de facto standards for micro-electronic devices, enabled rapid development and proliferation of IoT solutions. There are over two dozen of vendors that provide cloud based IoT back-ends. The list includes AWS, Google, and Azure. The advantage of these companies is that they offer a wide range of easy to integrate services to build complete systems for processing and utilizing IoT data including at scale Analytics and AI.

The technology developments mentioned above has enabled many non-IT companies to build their own IoT systems for enhancing their products and services.

Remedy Healthcare is an allied health services provider and fully owned subsidiary of Australian Unity that has embarked on the journey to become a virtual hospital operator. Every year Remedy provides rehabilitation at home physiotherapy services to thousands of customers who have knee and hip replacement surgeries. Rehabilitation at home continues for 7-10 weeks and involves a once per week visit by a physiotherapist. During each visit the physiotherapist checks patient progress and provides detailed instructions on exercises to be performed between the visits.

Compliance with a prescribed rehabilitation plan is important to a patient’s successful recovery from surgery, but up to 50 percent of patients don’t stick to their plans, according to a peer-reviewed study published in the Journal of Medical Internet.To address this issue the Data Science Team at Australian Unity developed an IoT/AI system for remote monitoring of patients in their homes.

After the initial research we selected AWS IoT Core and other easy to integrate services such as Amazon Kinesis Firehose, S3, Glue, SNS, Lambda, RDS, Cognito and API Gateway. Our system involves Inertial Measurement Unit sensors that the patient straps to their legs during exercises, a mobile phone application that communicates with the sensors using Bluetooth and transfers the movement data,such as knee flexion and extension,to AWS IoT Core. The data is then moved to S3 by Amazon Kinesis Firehose, where it is picked up by a Lambda function for initial processing and insertion into an RDS database. The data is then accessible from the physiotherapist portal where it is presented using different visualization techniques as well as several summary statistics. This allows the physiotherapist to monitor the level of compliance of their patients.

The system is currently being rolled out at Remedy Healthcare and we are in the process of collecting data that will then be used for training Machine Learning algorithms on AWS SageMaker for optimization of rehabilitation programs and assessing patient progress.

The IoT/AI infrastructure that we have built on AWS can relatively easily be adopted for other application such as remote monitoring of vital signs.

The services offered by cloud providers not only facilitate accelerated creation of IoT/AI applications but do it in a cost-effective manner. Their pricing model does not involve licensing costs, allows for a low scale start and rapid scaling up as required.