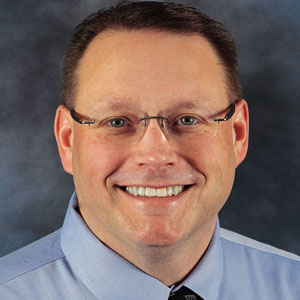 One of the hallmarks of the information technology industry is its constant unyielding push towards the future. Rapid advancements in IT over the past few decades make it easy to lose sight of just how far we have progressed in such a short span of time. It’s important from our perspective as CIOs to keep ourselves from getting swept up in the tide. We need to step back from time to time and look at the bigger picture to better prepare for the next step in our industry’s evolution. Case in point: the rapid development in Machine to Machine (M2M) communication and its maturation into an Internet of Everything.

“The move towards IPv6 in all areas of networking, from the design of consumer products to the infrastructure of corporate IT systems is no longer an option for the connected future. It is a requirement.”

From trade magazines to the floor of the Consumer Electronics Show, it’s a mantra repeated throughout our industry: The Internet of Things (IoT) will fundamentally change technology and the way we interact with it. Seldom does the marketing pitch for the next big thing translate into reality, but the IoT is the exception. The IoT will revolutionize every sector of our economy and harmonize a completely new ecosystem of direct M2M and device interactions.

The impact of this change will be significant. International Data Corporation estimates the IoT will support a market valued at $1.7 trillion by 2020 with two thirds of that value derived from devices, processes and IT support[1]. Gartner estimates that by 2020, 13.5 billion “things” will be connected to the IoT in the consumer sector. We are speeding towards a future where nearly every common everyday object will be reborn “smart,” with a sensor or a transmitter to collect and share data.

From ARIN’s perspective as the Regional Internet Registry (RIR) responsible for distributing IP addresses in Canada, the United States and many Caribbean and North Atlantic islands, we see great opportunity for companies to thrive in this new ecosystem. We also realize that for the future Internet to take hold, it will need to be built on an addressing backbone that is scalable and ready to grow with the multitude of things that will soon require an Internet connection. That backbone is IPv6.

In late 2015, ARIN announced that it had exhausted its free pool of IPv4 number resources. The announcement represented an important milestone in the Internet’s development. IPv4’s numbering system of 4.3 billion addresses was designed to give what was then an experimental Internet room to grow.  And grow it did. As ARIN’s Board chairman and Internet founding father Vint Cerf put it, “the experiment escaped the lab.” The IPv4 Internet grew rapidly to give rise to entire economies utilizing online resources that we globally rely on today. Last year’s IPv4 exhaustion marked the end of forward growth on the old Internet protocol and more solidly placed us on a path to grow a network into the future that is ready to support the IoT with IPv6.

Only IPv6 has the scalability and flexibility to unify the IoT in a way the IPv4-based Internet was never designed to accomplish. Beyond its immense address space containing 340 undecillion unique identifiers, IPv6 enables something critical that the IoT demands – a direct end-to-end connection between devices. Unlike the IPv4 Internet that required strict conservation of IP addresses and the need for Network Address Translation (NAT) use, IPv6 brings less demand for strict conservation and allows all devices to be numbered uniquely. IPv6 will remove the barriers that prevented all devices from being recognized as first class citizens on the Internet.  Everything – from seemingly insignificant sensors to the connected car – will enjoy equal footing.

The move towards IPv6 can seem daunting to many companies trying to figure out their next investments in IT. Is the cost of adopting IPv6 really worth it? In the end, that remains a question only your organization can answer. However, it is important to keep this in mind that every day your organization waits to enable IPv6 your competitors are one day closer to running their IT infrastructure natively over IPv6.  A better question to ponder is this: your customers are already on IPv6.  Are you?

The data supports IPv6’s role as the future for Internet addressing. Google’s share of IPv6 traffic over its servers tipped the 10 percent mark in January, doubling the amount of IPv6 traffic over its servers in 2015.  Comcast, one of the country’s largest ISPs estimates that IPv6 will represent 50 percent of its traffic in 2016.  Facebook has seen similar growth and estimates that 50 percent of its traffic will come over IPv6 this year compared to 30 percent in 2015. Facebook even claims that it sees a 15 percent speed increase in mobile IPv6 connections. Speaking of mobile, Verizon Wireless reports that it sees 70 percent of its network traffic to social networking sites like Facebook over IPv6.

Each of these industry leading companies are seeing more and more of their network traffic come from IPv6 connections and they are making investments in native IPv6 infrastructure accordingly.  The same investments should be made by companies large and small to take advantage of the flexibility IPv6 offers.

As CIOs we are tasked with future proofing our enterprises.  The Internet is changing so that it can accommodate millions of new devices, and organizations that wish to be fully connected to the Internet must also review their plans for this important change.   The deployment of IPv6 is already underway, and it is only a question of which organizations fail to plan and are left behind.

How Charles River Labs is Re-imagining Digital Transformation with...

A Multifaceted Approach to Digital Transformation

Hybrid Work Has Forever Changed The Need For It In Ramboll